An Introduction to the Old Bargehouse 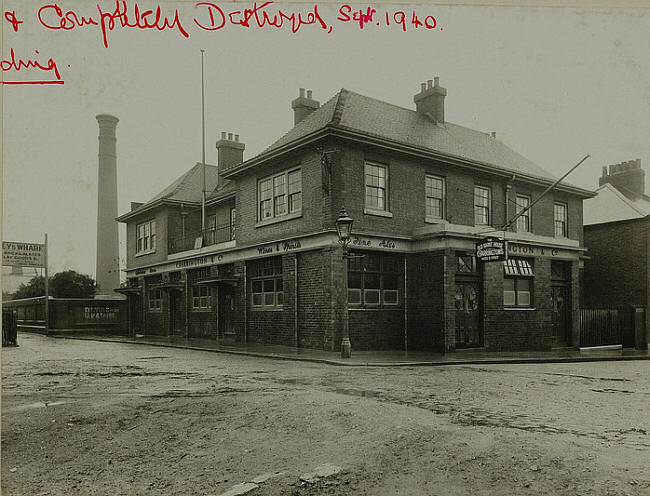 The Bargehouse was probably the first pub in the area being marked on an 1815 map next to the ‘military ferry’ in North Woolwich. Circa 1839, Mr How built a new promenade for the Barge House Ferry which was later supported by the proprietors of the pub itself. Licensee records however date from 1848 with ownership first belonging to James Ames. Rebuilt in 1925, this pub – last said to be owned by Charrington Brewery - was later destroyed during WW2 on 7th September 1940. While it was open, the Bargehouse did suffer from a somewhat disorderly reputation with two bargemen being arrested for fighting and assaulting a Police Constable in 1869 and 2 local residents being fined for drunkenness “during prohibited hours” in 1892.

This area was used as a setting for a daring car chase in the 1951 film "Pool of London" - the car is driven through London (strangely empty of traffic) and dumped into the Thames to fool the police. See the clip below. The Bargehouse is visible at 1 minute 22 seconds, and appears the way it looked after it had been bombed in the war.

Fifteen years later the same location was used for a reverse shot. In the 1966 film "The Sandwich Man" the hero takes an amphibious car down the river from central London and emerges from the river at this point. You can see the clip at the 1 hour 26 minute point on this link https://youtu.be/q6DoCx1Xt1w?t=1h26m